Mahela and Lasith with IPL Cup

The Editorial Team for CricketCountry .... https://www.cricketcountry.com/news/best-matches-of-ipl-2019-from-russell-to-pollard-the-top-10-cameos-843365?utm_source=izooto&utm_medium=push_notifications&utm_campaign=IPL%202019&utm_content=&utm_term=

The 12th season of the IPL ended on Sunday with table-toppers Mumbai Indiansbeating defending champions Chennai Super Kings in the final by one run, to claim their record fourth IPL championship.  Beyond the hundreds and half-centuries that many players scored, there were smaller innings that made headlines for their ferocity in the face of the odds. Here’s a look at the 10 best cameos of IPL 2019 that set up or finished matches:

After a good start powered by Quinton de Kock, MI lost their openers in successive overs and as boundaries dried up and wickets kept falling, it looked as if CSK would keep their opponents to around 130. But thanks to Kieron Pollard, who hit three sixes in his 41 not out off 25 balls, MI ended up with a total of 148/9.In an innings in which the best score was de Kock’s 29, Pollard getting those vital runs proved massive in a one-run win for MI. 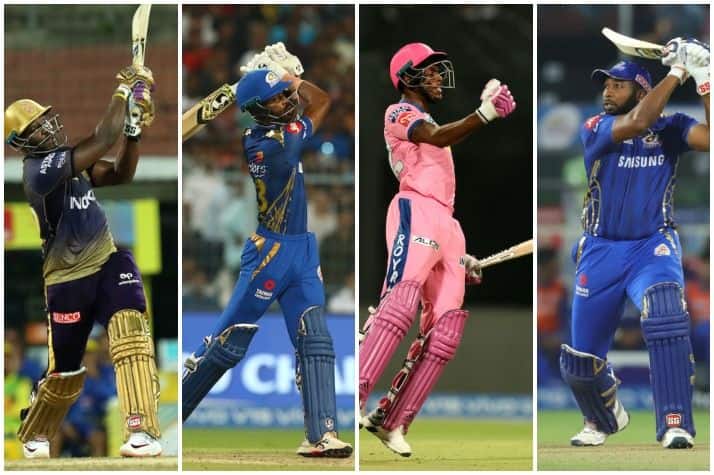 END_OF_DOCUMENT_TOKEN_TO_BE_REPLACED

The Odd Couple. At the Death. Malinga and Bumrah

Sharda Ugra, in ESPNcricinfo, with inputs from Andrew Fidel Fernando, in article entitled “Mali & Boom, a match made in bowling heaven”

Mali and Boom look like they have emerged from different sporting planets. Mali is chunky, lumbering and slowing down at 35. Boom posts Twitter pictures of his six-pack and, at 25, is a rocket heading into cricket’s stardom stratosphere. Mali has been there and done that, an adoring dad of two, who assiduously ensures that his curls are always gold-tinted. Boom, a bachelor of close crop, neat beard and zero visible tattoos, has said in public that he would rather go bald than do that.

Malinga and Bumrah, united by their distinctive unorthodoxy BCCI

END_OF_DOCUMENT_TOKEN_TO_BE_REPLACED

Andrew Tye at the head with most wickets plus plus

END_OF_DOCUMENT_TOKEN_TO_BE_REPLACED

IPL Premier Round Standings … The Best Teams being ….

END_OF_DOCUMENT_TOKEN_TO_BE_REPLACED

The IPL Roller-Coaster: Many IFs … Now, 19th May

S Rajesh of ESPNcricinfo, May 2018 –-where the title is  IPL playoff qualification scenarios – Five teams fight for two spots

With four league games to go, Sunrisers Hyderabad and Chennai Super Kings have already qualified for the playoffs, while five other teams are fighting for the last two spots. ESPNcricinfo looks at how the qualification scenarios will be affected by the results of Saturday’s games between Rajasthan Royals (12 points, -0.403 Net Run Rate) and Royal Challengers Bangalore (12 points, 0.264 NRR), and Sunrisers Hyderabad (18 points, 0.319 NRR) and Kolkata Knight Riders (14 points, -0.091 NRR).

END_OF_DOCUMENT_TOKEN_TO_BE_REPLACED

Enter Sandeep Lamichhane of Nepal: All of 17 plus Years and in IPL

END_OF_DOCUMENT_TOKEN_TO_BE_REPLACED

Surprises and Losers at the IPL Auction 2018

END_OF_DOCUMENT_TOKEN_TO_BE_REPLACED

Before: Sri Lankans in the IPL Auction

S. Venkat Narayan, in Sunday Island, 28 January 2018
As many as 578 players from 13 cricketing nations are taking part in the Indian Premier League (IPL) auction that kicked off in Bengaluru in Karnataka state on Saturday. Eighteen of them are Sri Lankan. Pakistanis do not figure in the list of players trying their luck in the world’s richest cricket tournament. An original pool of 1122 has been trimmed down to 578 cricketers. Of these, 360 are Indian: 62 capped and 298 uncapped. The rest overseas players. The list includes 182 capped, 34 uncapped and two Associates players.

END_OF_DOCUMENT_TOKEN_TO_BE_REPLACED

Aravinda’s Thoughts on the Present World Order in Cricket

Cricket mentor Aravinda de Silva has said the Indian cricket team derives its strength from the Indian Premier League (IPL), the Hindustan Times reported today.    “The IPL has helped them (Indian players) in playing against the best players in the world. They are able to bring in all the international players because of the monetary capability of the Indian cricket board. They all bring in the best knowledge into one country because all the best coaches are there in one competition. END_OF_DOCUMENT_TOKEN_TO_BE_REPLACED