Nagraj Gollapudi in ESPNcricinfo, 3 June 2020 … with this title “Why West Indies trio pulled out of England tour”

Concerns about their families are understood to be the primary reason behind Darren Bravo, Shimron Hetmyer and Keemo Paul declining to be part of the West Indies Test squad for the England tour. Both the prospect of leaving their families for seven weeks and concerns about how quickly they would be able to see them on their return to the Caribbean at the end of July are understood to be key factors in the players’ decisions, with uncertainty around the quarantine requirements that may be imposed by their respective governments.

Hetmyer and Darren Bravo in the middle

END_OF_DOCUMENT_TOKEN_TO_BE_REPLACED

Andrew Miller, in ESPNcricinfo, 13 March 2929, where the title is “England tour of Sri Lanka postponed amid COVID-19 spread”

England’s Test tour of Sri Lanka has been called off at the request of the ECB, due to the growing threat of the the COVID 19 pandemic, but on the understanding that it will be rescheduled at a later date.

END_OF_DOCUMENT_TOKEN_TO_BE_REPLACED

Jake Fraser-McGurk will not take any further part at the Under-19 World Cup in South Africa and will return home instead as a precautionary measure after being scratched on the face by a monkey at a nature reserve while on a team outing in Kimberley.

END_OF_DOCUMENT_TOKEN_TO_BE_REPLACED

Attenuated Sri Lankan Squads for Pakistan Tour …. with Blessings from the PIRIT NULA

ONE: Sri Lankan Squad leave for Pakistan with Prot

Sri Lanka’s depleted national cricket squad left for Pakistan on Tuesday expressing confidence in security promises by the hosts despite reports that the team could be targeted by militants. The Sri Lanka team were attacked in Lahore in 2009. Since then most international teams have refused to tour the South Asian country, leaving Pakistan to play nearly all their “home” games in the United Arab Emirates.

END_OF_DOCUMENT_TOKEN_TO_BE_REPLACED

A rather monotonous T20 international between Afghanistan and Zimbabwe was brought to life by Mohammad Nabi and Najibullah Zadran when they smashed seven consecutive sixes across the 17th and 18th overs in Dhaka on Saturday. It was the second match of the tri-series being played between Bangladesh, Zimbabwe and Afghanistan, which the latter ended up winning by 28 runs.

Afghanistan batted first and were ambling at 123/4 after 16 overs. Tendai Chatara bowled the 17th over with Nabi and Zardan in the middle and the pair took singles off the first two balls. Nabi, who recently retired from Test cricket after Afghanistan’s triumph over Bangladesh last week, started the carnage with a six over deep mid-wicket off the third ball of the over.

END_OF_DOCUMENT_TOKEN_TO_BE_REPLACED

He’s 36 years of age, not nearly as quick as he once was, and almost everyone thought his career was done two years ago. But he’s still got it. That yorker, the late swing, the dip, the accuracy, that low-arm sling: the works – he’s still got it.

Back in the 2007 World Cup, Lasith Malinga became the first bowler to take four wickets in four balls in almost 120 years of international cricket. Three further international hat-tricks later, in defence of Sri Lanka’s modest 125 for 8, he ripped out four in four again, on an evening in which he claimed five wickets for six runs, and hauled Sri Lanka to a 37-run consolation victory against New Zealand. END_OF_DOCUMENT_TOKEN_TO_BE_REPLACED

Lankans castled by Astle and Kiwis ‘malinguered’ by MALINGA

WIA Fernando…. b Astle …..6 ………..Over 6.4 bowled’m with a wrong’un! Avishka didn’t pick that up at all. It pitched around length outside off, turned in a fair bit and Avishka was on the back foot to steer it away after it turned away but it went the other way to knock over off stump 39/2
MD Gunathilaka ….. b Astle ………..30 …….Over 8.5 another wrong’un and another one beaten! ……This time it’s the well-set Gunathilaka. He pitched it nicely and slow with some flight on leg stump, Gunathilaka went back to defend it but the ball turned away and knocked over the stumps 50/3

END_OF_DOCUMENT_TOKEN_TO_BE_REPLACED

It is obvious that England and Australia have conspired to play a huge JOKE on all of us,the general public, in order to amuse themselves. Twenty wickets fell for nothing yesterday in the trial match between Hick’s eleven and Hadden’s eleven.

Then, to top it all,England is all out for 85 in the Test match at Lord’s against Ireland.

No doubt all of you are killing yourself laughing at their humour! Even I have to admit that it is hilarious. Presumably they will all continue the humour in next Thursday’s Ashes Test? ……………….Keep laughing ……………… ERROL

END_OF_DOCUMENT_TOKEN_TO_BE_REPLACED

Dismemberment at Edgbaston: Way Out Thoughts from a Fella Way Out

I cannot believe that I have just witnessed such a clinical dismemberment of the invincible  Australian one-day team. They were made to look like junior school novices. Cousin Ralston predicted this with the utmost confidence.  Through gritted teeth I will concede that if Finch had inserted he would have won the match. On this occasion it was obviously an advantage to bowl first.

New Zealand will be licking their lips because they will not encounter either Roy or Bairstow. Bairstow is obviously injured and Roy will most certainly be suspended for high level dissent.No reprimands,no raps on knuckles but kicked out big time for several matches. No question.

He got a shocking decision from Kumar Dharmasena but so have we all. I will never forget how Tuffy dealt with me when I merely raised my eyebrows when I was given an appalling LBW decision. Roy did far more than raise his eyebrows and I would love to have seen Tuffy deal with him if he had been in the English dressing room this evening.  His body would have been beyond identification!

That was one of the worst cases of dissent I have seen and Roy will be out till Christmas. Certainly no Final and no Ashes. Cannot imagine Kane Williamson or Kumar Sangakkara behaving like that.

Malinga outed … Nay! Boulted … !!! … as Trent Boult takes three from three in the 50th Over

Actually Lasith Malinga took four from four balls …. but it was not in a dramatic 50th over 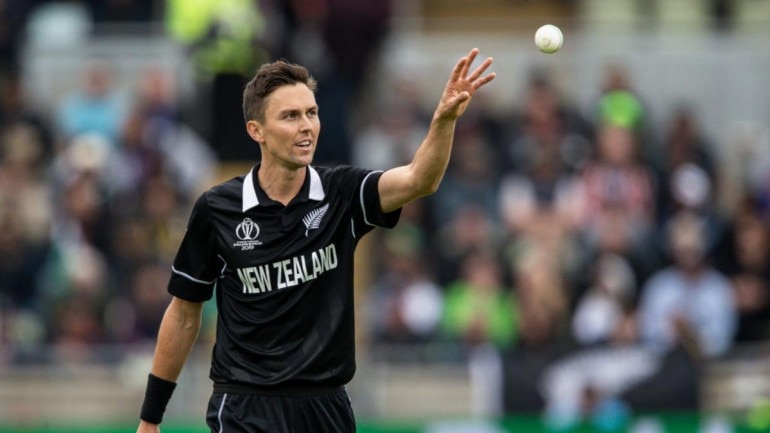 Boult to Khawaja, 1 run, low full toss, swinging back in, and he drives it down to long off. Bowled at 144kph
49.2
Boult to Cummins, 1 run, fuller ball, around the stumps, and he can only tap it towards short midwicket
49.3
Boult to Khawaja, OUT, GONE THIS TIME! Perfect full ball again, delivered at 137kph, and with a hint of reverse again back in from outside off. Khawaja walks across to access the on side, but misses out on contact and in fact walks right outside the line of the ball. Vital half-century from Khawaja, though, as he acknowledges the crowd on his way out  ……………………..…UT Khawaja b Boult 88 (129b 5×4 0x6) SR: 68.21
49.4
Boult to Starc, OUT, OH YOU BEAUTY! We might get to see a bit of this from Starc later — a perfect yorker, that swings in at good pace and goes under his blade even as he looks to jam it down. Almost as good as the ball that Starc delivered to Ben Stokes just a few days ago …...MA Starc b Boult 0 (1b 0x4 0x6) SR: 0.00
49.5
Boult to Behrendorff, OUT, HE’S GOT IT! Full, swinging away from him after pitching around leg, and given. Australia have reviewed this! It’s a perfect full length, and there’s no sign of bat near that. The only question could be where it pitched, I would think. The bat hits ground, but that is after the ball passes through and crashes into his right foot. It’s out, and that’s a hat-trick for Trent Boult! ……  JP Behrendorff lbw b Boult 0 (1b 0x4 0x6) SR: 0.00
49.6
Boult to Lyon, no run, full, wide outside off, and he looks to back away to get this down to fine leg, but misses. Almost got FOUR IN FOUR!

New Zealand were at the receiving end of the first hat-trick in World Cups — all the way back in 1987 — and Trent Boult gets them their first ever on this day!

the MALINGA SAGA in a losing cause with a dramatic finish

South Africa was nearly undermined when strolling to victory in a Wold Cup match in the West Indies in 2007 .

Phew! What a nerve-wracking finish. South Africa were cruising at one stage and were hit by a double strike by Murali. They recovered again, via a calm Kallis, and then, just when they were staring at the victory, they blinked. Malinga slinged slower ones and fiery yorkers and blasted out four in a row. From there the game was hanging on a knife’s edge. And in the end, an edgy drive to third man sealed it for South Africa.

48.2
4
Malinga to Peterson, FOUR runs, Peterson does it for SA with a edge past the slip. Fullish, outside off stump, Peterson drives, gets a outside edge and it runs down to third man boundary. SA have won. They nearly choked but have pulled it off. Peterson jumps in the air, pumps his fist and then smashes the stumps down at the other end. Immediately apologises! What a cracker of a game!
48.1
0
Malinga to Peterson, no run, Swing and a miss. What a cracking game this has been. Full and just outside off stump, slants away, he has a drive, but inside the line and the ball rushes past the outside edge.

One slip in place.

1 to tie and 2 to win. Only one wicket. It doesn’t get closer than this. Slip in place. Mahela is making sure he gets the field right. Two slips in now.

47 | 1 Run 2 Wkts | SA: 208/9 (2 runs required from 18 balls, RR: 4.42, RRR: 0.66)
46.6
0
Malinga to Peterson, no run, beauty, another delivery that teases the outside edge. Full and tailing away from off stump, drives and is beaten. What a fab over it has been.
46.5
1
Malinga to Langeveldt, 1 run, Jayasuriya mis-fields at squareleg and SA sneak in one run. SLower one, on the middle and leg, turned to behind square. Jayasuriya moves to his right but misfields.
46.4
0
Malinga to Langeveldt, no run, full, straight, on the off stump, pushed to mid-off. 3 to win from 20 balls. Camera pans to South Africa dressing room. They look stunned
46.3
0
Malinga to Langeveldt, no run, beaten Just kissed past the off stump. Tremendous nerves out there. Full and just outside off, yorker-length, Langeveldt pokes at it and gets beaten
46.2
W
Malinga to Ntini, OUT, And then they were one! Malinga gets four in four. Unbelievable! Screaming yorker and Ntini drives, plays all over it and ball crashes into the middle stump. Malinga is slinging down magic deliveries and SA are nine down.

46.1
W
Malinga to Kallis, OUT, Would you believe it? Malinga has got the hat-trick! Full, furious, outside off stump, Kallis goes for a square-drive and nicks it behind. Loud appeal. Kallis stays rooted. Even louder appeal and Harper raises the fatal finger. SA eight down and choking real badly.

Malinga on a hat-trick. What a funny little game this has been.

Malinga: “I am feeling bad that we lost the game but I am happy that I took a hattrick.