“A Sri Lankan XI To Die For in My Time” — THILAN

Mohamed Isam with Thilan Samaraweera, in ESPNcricinfo and its CRICKET MONTHLY, August 2020, where the title is “My Best XI: The Lords of Sri Lanka’s Golden Age”

Thilan SamarawThe lords of Sri Lanka’s golden age”eera, who played 81 Tests with 12 centuries and two double-hundreds, was one of Sri Lanka’s middle-order mainstays. In a career spanning 12 years, he played alongside two generations of his country’s finest cricketers in five-day cricket – from among whom he picks an all-time XI.

END_OF_DOCUMENT_TOKEN_TO_BE_REPLACED

Sanjeewa Jayaweera, in Island, May 2020, with this title “Roshan Mahanama a gentleman par excellence” ….. http://www.island.lk/index.php?page_cat=article-details&page=article-details&code_title=222098

I recall meeting Roshan Mahanama and his father Upali Mahanama 15 years ago, both not known to me, while climbing a narrow staircase in a hospital. Presumably, the elevator was not functional. I was taking my mother for a consultation. What struck me and my mother, who was then about 75 years, was the innate politeness and humbleness of Roshan and his father. They quickly got aside and made way for my mother and me to go up as they were coming down. Also, they acknowledged us with a heartwarming smile despite not knowing us.

END_OF_DOCUMENT_TOKEN_TO_BE_REPLACED

Rex Clementine in Island, 1 May 2020 where the title reads “Galle voted world’s best cricket ground ahead of Lord’s”

Galle International Cricket Stadium has been voted as the best cricket ground in the world ahead of home of cricket – Lord’s and other leading international cricket grounds. In a survey conducted by cricket statistician Jarrod Kimber through twitter, an audience from all over the world voted and Galle earned the top price.

END_OF_DOCUMENT_TOKEN_TO_BE_REPLACED

Michael Roberts, reprint from Lions of Lanka, produced by the Lanka Monthly Digest, 2019, to coincide with the 2019 Cricket World Cup …. http://www.lionsofsl.lk/article2.html

Cricket was one channel of Westernisation during British colonial rule. But it was also a medium for Ceylon to challenge the ideas of racial superiority so prevalent among the island’s ruling Britons. By the 1920s the Ceylonese team were proving their superiority over the Europeans in annual matches. The Maharaja of Vizianagram was so captivated by all-rounder Edward Kelaart in the early 1930s that he invited him to play for his Indian team. Meanwhile, F. C. de Saram made the headlines when he scored 128 runs out of a total of 218 for an Oxford University side that faced the touring Australians in May 1934. 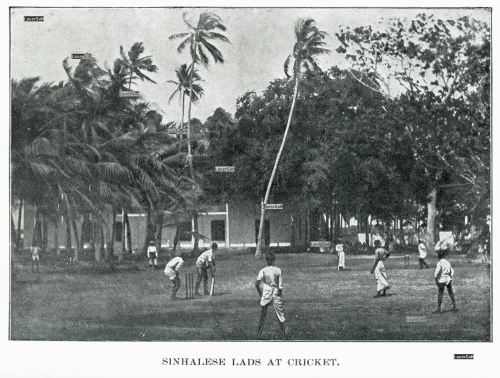 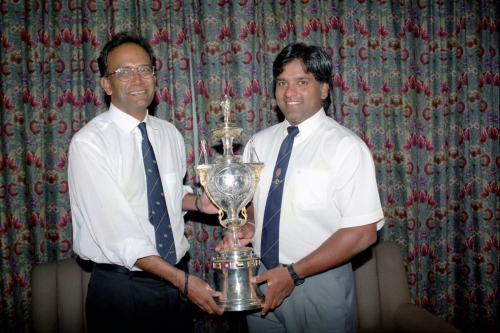 END_OF_DOCUMENT_TOKEN_TO_BE_REPLACED

Nagraj Gollapudi, in ESPNcricinfo, 25 June 2009, where the title is “”<Dilshan’s Ascent

Sir Garfield Sobers is not a person to be easily overlooked. Yet, when the greatest allrounder called on the Sri Lankans, as they trained before the second semi-final of the World Twenty20 at the Oval, Tillakaratne Dilshan had no idea who he was exchanging pleasantries with. “I just said hello,” Dilshan says with an embarrassed smile. Sanath Jayasuriya, standing next to Dilshan, realised his younger team-mate didn’t know who the visitor was. “He was shocked,” Dilshan chuckles.

“I never seriously followed cricket when I was young,” he says. The first live cricket match he watched was on TV – the last 10 overs of Sri Lanka’s momentuous 1996 World Cup triumph over Australia. Dilshan was at a family wedding when people in one corner perked up as they watched Aravinda de Silva tear the Aussies to shreds. Something stirred inside Dilshan.

END_OF_DOCUMENT_TOKEN_TO_BE_REPLACED

Top of the Tree in Test Cricket: Kusal’s 153 Not Out in a Statistical Table of Comparison

Anantha Narayanan, in ESPNcricinfo, 20 February 2019, with this title “Why Kusal Perera’s 153* is the best Test innings ever”

Kusal Perera‘s once-in-a-lifetime 153 not-out, which orchestrated an almost single-handed win over a South Africa much stronger than Perera’s Sri Lanka, has become the best innings in 142 years of Test cricket, moving to the top spot in my Golden Willow 25 (GW 25) table of top batting performances.

Perera’s innings secured 897.2 rating points, which is about 30 points more than the previous top innings, Graham Gooch’s classic 154 at Headingley in 1991 against the mighty West Indies. Perera’s innings ticks all the boxes and sits comfortably in top place. The only other innings that has come into the top 25 since this list was originally published in August last year is Cheteshwar Pujara’s 123 in Adelaide.

END_OF_DOCUMENT_TOKEN_TO_BE_REPLACED

Both Jayasuriya and Zoysa charged by ICC Anti-Corruption Unit

Sri Lanka batting great Sanath Jayasuriya has been charged with two counts of breaching the International Cricket Council’s anti-corruption code, the world governing body has announced.The former captain and explosive opening batsman has refused to cooperate with any investigation conducted by the ICC’s anti-corruption unit (ACU), the ICC said in a statement.

The 49-year-old has also been charged with trying to conceal, destroy or tamper with evidence that could be crucial to an anti-corruption investigation.”Mr Jayasuriya has 14 days from 15 October 2018 to respond to the charges. The ICC will not make any further comment in respect of these charges at this stage,” the ICC statement said.

END_OF_DOCUMENT_TOKEN_TO_BE_REPLACED

England have taken a Leaf from Sri Lanka’s Ranatunga Book

Tanya Aldred in The Spin,8 October 2018  where the title is “How Sri Lanka’s magical 1996 cocktail paved the way for Morgan’s men”

As England and Sri Lanka prepare for the five-match one-day series starting on Wednesday in Dambulla, a warm-up of sorts for the World Cup now less than eight months away, it feels the right time to stumble backwards 22 years, to one of cricket’s greatest stories.

On 17 March 1996, in the sultry atmosphere of Lahore’s Gaddafi Stadium, Arjuna Ranatunga, Sri Lanka’s captain, lifted the World Cup high into the air. No one could quite believe it. Sri Lanka, the baby brother of the Asian block, the international whipping boys, had popped out of the hat, brandishing a party popper, a grin and a new kick-ass way of playing the game.

END_OF_DOCUMENT_TOKEN_TO_BE_REPLACED

Sri Lankan Cricket History: Abstracts of Two Essays by Michael Roberts in 2007 and 2009 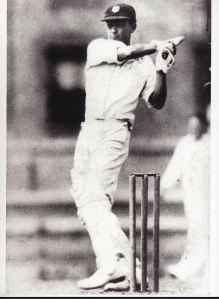 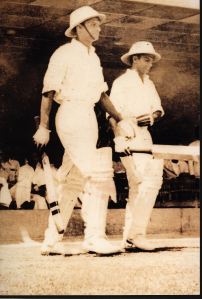 END_OF_DOCUMENT_TOKEN_TO_BE_REPLACED

Sidharth Monga, courtesy of ESPNcricinfo, 27 August 2017, where the title reads “How Sri Lanka went from being a fortress to a phantom”

In the end, what stays with you the longest from cricket in Sri Lanka is the crows. The papare band can fade away, Galle Fort can seem run-of-the-mill after a while, Percy can sometimes grate, you can get away from the shouts of “Aluwa aluwa”, but the crows stay with you long after you have gone. They are looking for worms in the warm, moist grass while cricket is on, but they could easily be doing what crows do: wait to feast on carcasses; in this case, those of the opposition after the home team is done with them.

The crows always seem to sneak up on you in Sri Lanka. And so does Test cricket. Tests here just start. You wake up, have your pol roti and chilli-onion sambal at the National Tea Room in the fort, or in one of the tea rooms near the station outside, and walk in to watch the highest form of cricket (so they say) for free. If you are on a motorbike, you don’t even need to remove your helmet. Just stand outside the fence and watch. END_OF_DOCUMENT_TOKEN_TO_BE_REPLACED