“A Sri Lankan XI To Die For in My Time” — THILAN

Mohamed Isam with Thilan Samaraweera, in ESPNcricinfo and its CRICKET MONTHLY, August 2020, where the title is “My Best XI: The Lords of Sri Lanka’s Golden Age”

Thilan SamarawThe lords of Sri Lanka’s golden age”eera, who played 81 Tests with 12 centuries and two double-hundreds, was one of Sri Lanka’s middle-order mainstays. In a career spanning 12 years, he played alongside two generations of his country’s finest cricketers in five-day cricket – from among whom he picks an all-time XI.

Sanath Jayasuriya
He was a pure match-winner, a batsman who on his day could win matches single-handedly. I remember his double-hundred in the second innings in Faisalabad in 2004, against Shoaib Akhtar, who had taken five in the first innings. To me, it was one of the best knocks in Sanath’s career. He scored the last hundred runs batting with the No. 10, Dilhara Fernando, with whom he had a 101-run ninth-wicket partnership, where Fernando scored just one run. We ended up winning the game by 201 runs despite trailing in the first innings.

Marvan Atapattu
Marvan and I went to Ananda College in Colombo. He was my hero in my school days, and I admired his cricket. We played first-class cricket together. I think his record is amazing when you compare it to how he started his career – with a number of ducks. But he then opened the batting and finished with an average close to 40, with six double-hundreds. He got a 180 in England, at Lord’s, and 130-odd in Napier, and he scored lot of runs in different conditions, against high-quality bowling attacks. That’s why I would always pick him as my second opener. The chemistry between Jayasuriya and Atapattu really worked well for Sri Lanka. They were left- and right-hand openers who were hard to bowl at. Jayasuriya was more attacking, while Marvan was steady.

Kumar Sangakkara
He will definitely be in my world XI, and he is certainly Sri Lanka’s greatest batsman of all time. I think his mental capacity made him different from other players. He had the ability to adjust to different conditions, and he was never scared to make changes in his technique to suit different conditions. He has scored 11 double-hundreds, which is second only to Don Bradman. I think that’s an amazing feat. But honestly, it was very hard to bat with him, because when he was batting, he went into a very different mindset, where he paid very close attention to detail. 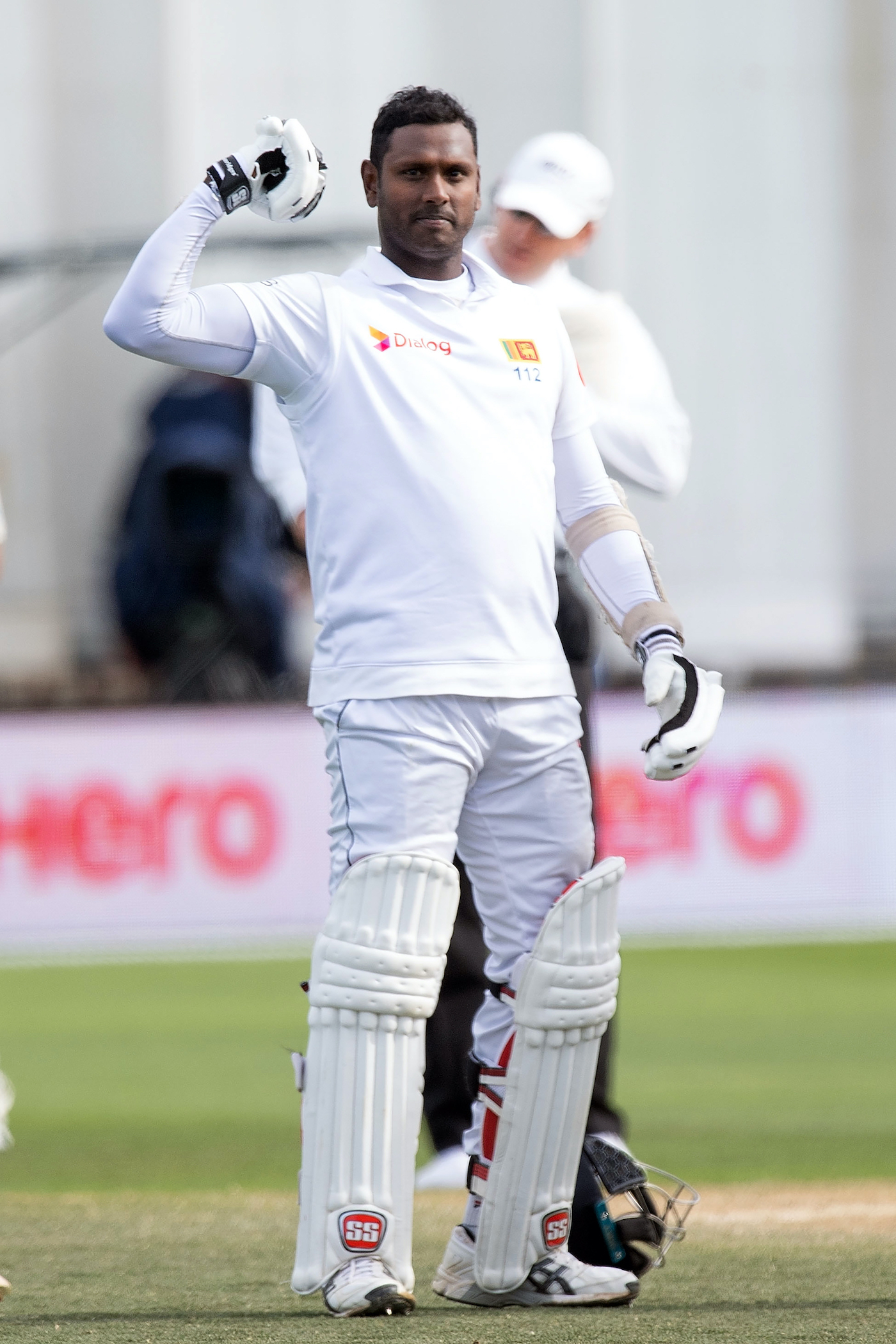 Mahela Jayawardene (c)
When you compare him to other captains, he is very different in terms of tactical work. As a captain, he always thought ahead of the game. The way he handled Ajantha Mendis against India in 2008 is something I can remember very well. Mendis ended up taking 26 wickets and we won the series 2-1 at home. Mahela was an elegant and class player. In 1999, when I was on my second ODI tour, he made his maiden ODI century, against England, in Adelaide. We were chasing a 300-plus total but he got us out of trouble and made 120. It was an innings that gave me the belief that I also had the ability to achieve things in my career.

Angelo Mathews
I first saw Angelo against Pakistan in 2009, where he played fearlessly. He got an outstanding 95 against Australia in Galle in tough conditions. It was the first time I realised that he had a special talent. Whenever we got together, we always spoke about cricket. After his first ten or 15 Tests, it was tremendous to see how he matured as a batsman. Unfortunately, the constant knee injuries stopped him from flourishing as an allrounder.

Prasanna Jayawardene (wk)
Prasanna was the best wicketkeeper Sri Lanka ever produced. He had outstanding technique, and he also always scored runs whenever the team was in trouble. He wasn’t much of a sledger on the field, but his DRS calls were spot-on. He was also very strong physically. Whenever we punched gloves between overs when batting together, it felt like his wrists were stronger than my biceps! 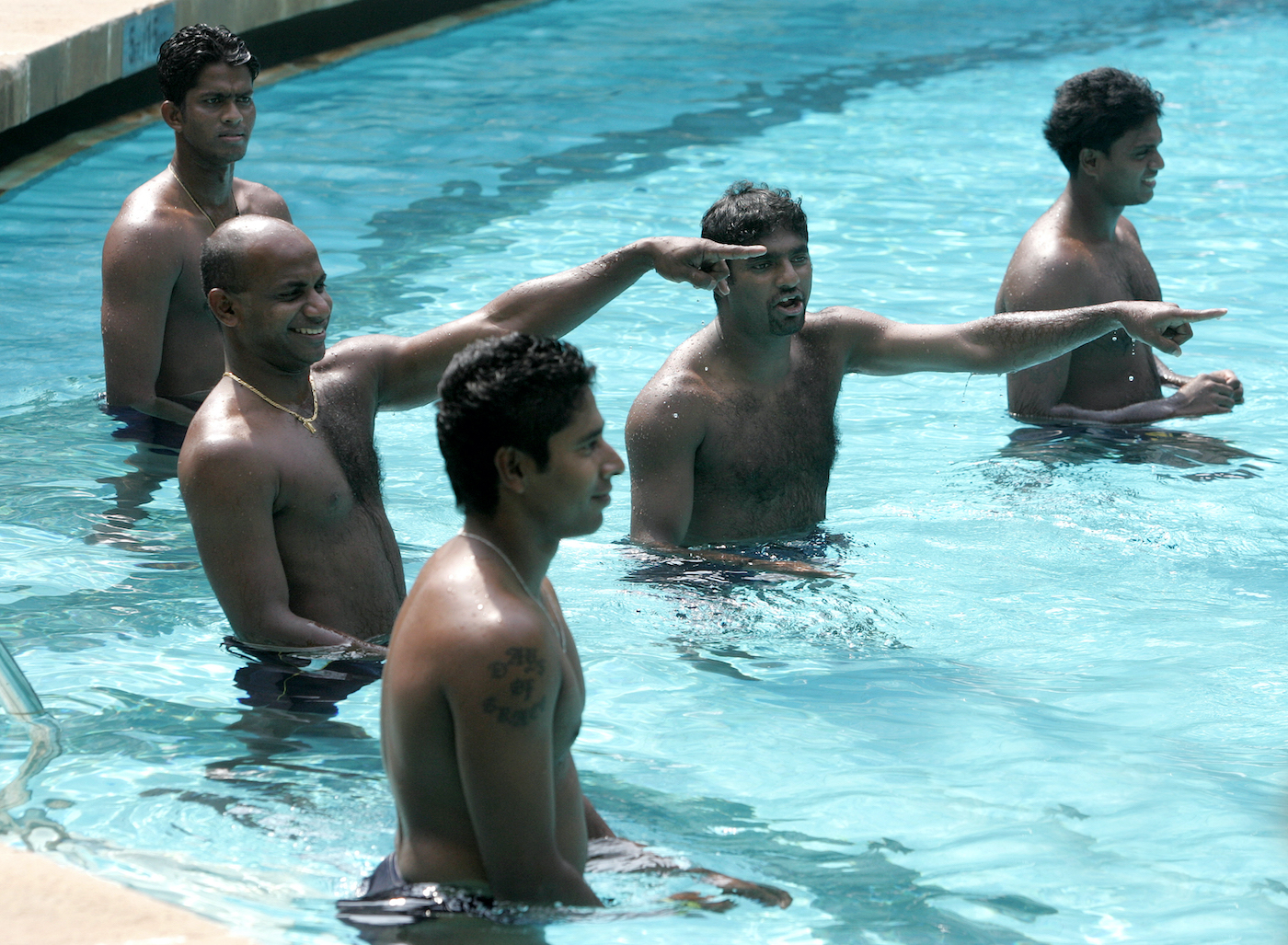 Chaminda Vaas
I picked five bowlers because Test cricket is all about taking 20 wickets in any conditions. Vaas was a fierce competitor. His first ball was always the most dangerous one, because he was so accurate. Arguably, he is the best Sri Lankan red-ball fast bowler. He also had a decent batting average, of 25. I always trusted him when we batted together. I was making my comeback after two years during the 2008 West Indies tour. We were 99 for 6 in the second innings in Port-of-Spain when he joined me at the crease. I made 125 thanks to having him at the other end, and it kept me growing as a cricketer in the second part of my career.

Rangana Herath
I know him since my school days. Murali got injured against Pakistan in 2009, and within 24 hours Rangana came from the UK and had a fantastic Test series. He never looked back after that, and ended up taking 400 Test wickets. He was a very strong competitor. Standing at slips, it was a delight to watch the subtle changes of his release points and how batsmen struggled with his straight ball. Early on, people said that his height was a disadvantage to succeed in international cricket, but he shattered that norm with his performance.

Suranga Lakmal
He was a steady and skilful bowler when I played alongside him, and he became an outstanding performer for Sri Lanka. After Vaas, I think he is the second best fast bowler.

Muttiah Muralitharan
Murali was arguably the most phenomenal bowler in cricket history. He is also a very down-to-earth person. If you are a batsman going in to bat, it is never a good idea to sit next to him, because he will tell you how difficult it is out there, but if you aren’t going out to bat, it is a lot of fun to talk to him. Once, we were coming back from Kandy and he made the management and rest of the team vote on who is smarter between him and I. We both had to give five-minute speeches in the bus. After a secret vote, I won.

Lasith Malinga
As a red-ball cricketer, he gave the team variety. He was deadly with his reverse-swinging yorkers with the old ball. Unfortunately, his body did not allow him to play Test cricket for a long period. Facing quality bowlers like him in the nets helped me improve my technique and mindset as a batsman. When Lasith was a young bowler, no one in the top order wanted to face him because they never got a bowler like him from the opposition. [Tillakaratne] Dilshan and I seemed to be the ones who faced him most in the nets. He never broke our bats at any time, but we always did have an ice pack against some part of our bodies afterwards.

The best I played against

Thilan Samaraweera in ambulance on way to hospital at Lahore after the terrorist attack on the cricket entourage at Lahore…..

,,,,, even the best need help from our deities

……. Chaminda and Sanath at St Anthony’s Church in Colombo North