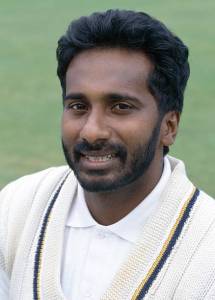 Sri Lanka’s Test cricketers will not come back home after the Test leg of the tour of New Zealand that concluded in Christchurch on Sunday and instead will be based in Melbourne, Australia undergoing training ahead of the two match Test series there. Accordingly, Dimuth Karunaratne, Lahiru Thirimanne, Suranga Lakmal, Dilruwan Perera and Roshen Silva will be based in Melbourne for two weeks, SLC’s High Performance Manager Asanka Gurusinha confirmed yesterday.

Top order batsman Sadeera Samarawickrama was also expected to travel to Melbourne, but following Mathews’ injury, it has been decided to retain Samarawickrama in New Zealand as cover.

The five players will be based in Melbourne’s Junction Oval, the home of Cricket Victoria. The players will be using Junction Oval’s state of the art facilities and Sri Lanka Cricket has roped in former fast bowler Saliya Ahangama, who lives in Melbourne to oversee the training. Ahangama was a former Secretary of SLC. There will be assistance from the support staff at Cricket Victoria as well.

After the two weeks training, the players will join rest of the team mates and coaching staff, who have remained in New Zealand for the ODI leg of the tour.

Meanwhile, former skipper Angelo Mathews, who has been ruled out for four weeks after sustaining a hamstring injury will also travel to Australia with the Test players to visit a medical specialist and receive treatment. Mathews is unlikely to be fit for the Test series in Australia and the authorities are now trying to see whether the former captain can make a comeback ahead of the first Test against South Africa in Durban. The first Test starts on the 13th of February.