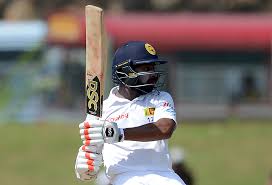 The Ongoing ESPN Commentary on Paper

Nice and bright still. Although it’s only 3.20 pm. Hard to believe the light might not be as good in another hour. Here’s Shami

Manpreet Singh: “Who said test matches are not interesting. This match has turned into an interesting contest from nothing. Its almost 11pm here in new zealand and i cant stop myself following this match. Thanks to cricinfo for keeping us updated. “

14.3
7nb
Mohammed Shami to Dickwella, (no ball) SIX, what the weird shots! He’s basically skipped across outside off, and ends up behind the stumps when he scoops the ball away over the backward square leg boundary. And it appears Dickwella plays it only after he noted there were three fielders behind square on the leg side. He knows that will mean a no-ball – which began on a good length outside off and ended up in exactly the strangest place possible

There’s a bit of chatter building, bringing the umpires into play. Ashwin comes up to chat with Dickwella. Then walks off. Then Umpire Llong intervenes and that makes Kohli go up and talk to him.

Perhaps because they are guided by ICC ‘rules’ or perhaps because of Indian patriotism, the ESPN typo-commentators do not indicate the realities we saw on TV. For the benefit of those who did not witness the scenes that followed, let me say that what we saw was the verbal intimidation of Dickwella by Ashwin and a little later by Mohamed Shami. The manner in which Kohli spoke firmly to the umpires in the immediate aftermath of the incident [and before the intimidation by Shami] suggests that he was party to the course of events. The BCCI image reveals that he was tapping Dickwella on the chest — as schoolmaster to pupil.

Dickwella’s cricketing shot –– a dancing upright flick for six from way outside the off stump!!! —  was OUTRAGEOUS. So too his courage in both its execution and then in the manner in which he pinpointed the umpires’ blindness. And yes he was cheeky. But he was entirely in the right.

The Indian cricketers’ reactions were not in the spirit of cricket. On this issue, the umpires were piss-weak [though they did declare a no-ball because the field-placements were contrary to the regulations]. 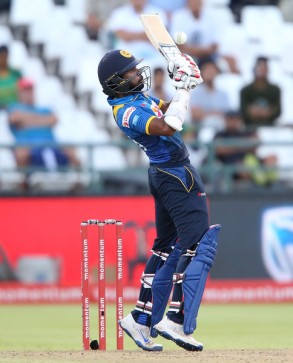 One response to “Dickwella’s Stupendous SIX! The Umpires caught Napping”