Not a Pukka Royalist! Cricketing Insights from the CJ Van Twest Scrapbook for 1957

At the tender age of nine or so, one Christopher John Van Twest – “CJ” in family circles – was a budding young cricketer who attended Royal College in Colombo. His talents were admired THEN by his peers (for e.g. Eardley Lieversz who went on to captain Royal). CJ was also cricket mad. One dimension of this madness was the assiduous collection of newspaper items on cricket as reported in the Ceylon newspapers of the year 1957 in a SCRAPBOOK. This collection remained in his treasured archive and moved with him when his divourced mother decided to migrate in July 1958 with baggage and two children to Canada. 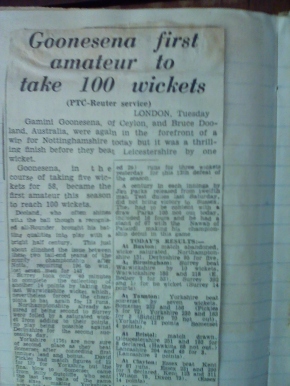 The Scrapbook is now in the hands of his grand uncle, one Michael Roberts, in Adelaide and is likely to end up in the Roberts-Verite Mss Collection destined for the National Library Services Board in Colombo.

CJ may have been a Royalist; but, thankfully, he was not a pukka Royalist. Unlike the one-eyed and snobbish pukka-Royalists, his scrapbook is catholic in its reach. Proof? What better evidence than a set of photographs showing the Ananda Nalanda teams of that year! ………. and other scenes of Sonny Yatawara bowling,[1] Ranjit Dorenagama batting and the Benedictine, Wesley and Aloysian teams of that year! Nor were the Thomians – the traditional enemies of Royal College – kept out of scene: Ronnie Reid is shown with the shield presented to the “Cricketer of the Year” in 1957,[2] while bespectacled PI “Ian” Pieris[3] and a cricket scorecard brightens one page. 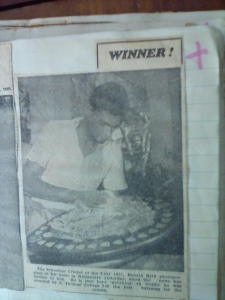 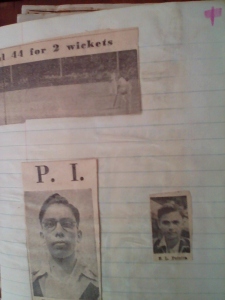 Needless to say, the international cricketing scene is also embraced quite extensively in these scrap records. Among these pages are some covering the Sri Lanka Cricket Association’s matches in Singapore and the Ashes. Given CJ’s West Indian lineage,[4] it is not surprising that news reports on West Indian tours figure prominently – with a picture of Clyde Walcott kneeling into a classic cover drive the pick of the lot in my eyes.

In this Scrapbook …. Cricket Is the Winner.

Sri Lanka was the loser though: a budding champion cricketer had to display his talents in the relative wastelands of Canada and the playing fields at Brockton in Vancouver. CJ did play for Canada Under 19; but it would be fair to say that in the 1960s and 1970s the scope for international exposure in the North Americas was quite limited. 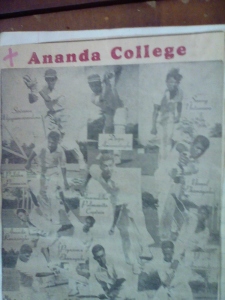 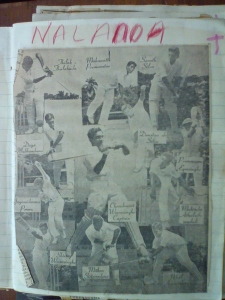 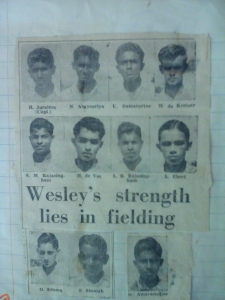 Wesley Team …. and Some Aloysians 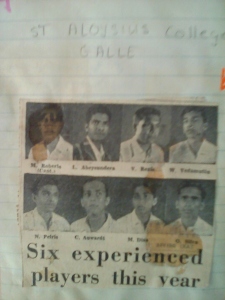 [3] PI Pieris (1933-2016) went on to play from Cambridge University and Ceylon; while also serving manfully on the Board of Control for Ceylon Cricket in the 1990s. See https://thuppahi.wordpress.com/2016/02/14/in-appreciation-of-p-i-pieris-ian-to-some-pals-pi-to-others/