Andrew Fidel Fernando, in ESPNcricinfo, August 2019 where the title runs “Sri Lanka are winning, but it’s in spite of the system”

ri Lanka have won another Test, their third in a row chasing a tough score. Their captain dug in for a tenacious fourth-innings hundred. The victory has yielded 60 Test Championship points – an excellent start to their campaign in that competition. Away from Tests, they have comfortably won their most-recent ODI series, against Bangladesh, and performed better than expected at the World Cup, finishing sixth. With young players suddenly coming through, and a capable captain at the helm, it is tempting to believe Sri Lanka have begun to recover following a several-year lull. 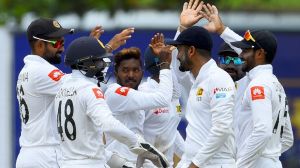 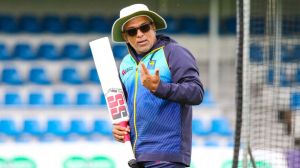 But are these improvements sustainable? Here is what’s happening in administration.

Right now, Sri Lanka Cricket is still trying to sack its coach, Chandika Hathurusingha, roughly two weeks after it sent him a letter detailing what the board claims are his many flaws. So far they have not succeeded in sacking him, because, anticipating turmoil at SLC, at the time of joining Hathurusingha had insisted on what appears to be an iron-clad contract. Lawyers are yet to properly shake each other down, but there is a strong possibility that if SLC does terminate his contract, they will be forced to pay him for the remainder of his contract period, which amounts to around 16 further months. In 2012, a previous SLC board had sacked Geoff Marsh and then had had to pay him a substantial settlement.

The board itself has not publicly stated its grouses with Hathurusingha. On a purely performance front, Sri Lanka have won a higher percentage of matches under Hathurusingha than they had in the year prior to his arrival, across formats. What SLC president Shammi Silva did say, however, was that he “was also in the board that recruited Chandika Hathurusingha, and we’ve made some mistakes”. Adding: “If we are to do right by cricket in future, we have to correct those mistakes.” Okay, but had not the same board that Silva had been a part of also hire Graham Ford at the start of 2016, then essentially forced him to resign in the middle of 2017? Was that also a “mistake”? If board members keep hiring coaches and then getting rid of them 18 months in, is the problem really with the coaches? If mistakes are made this frequently, are these board members fit to continue making decisions?

Hathurusingha, by the way, is the 10th head coach appointment (including interim coaches) SLC has made since the end of the 2011 World Cup, which means Sri Lanka have had a new head coach every nine months, on average. Every time the team fails, the board blames the coach and has him fired. It’s worked so many times. Why would SLC stop now? “If board members keep hiring coaches and then getting rid of them 18 months in, is the problem really with the coaches?”

Among those leading the charge to have Hathurusingha sacked, also, is sports minister Harin Fernando. He has only been in the job since December, but like most sports ministers before him, desires to be seen as the saviour of Sri Lanka’s cricket, by far the island’s favourite sport. Although it has never been a secret that Hathurusingha is the highest-paid Sri Lanka coach ever, Fernando has taken the unusual step of publicly announcing Hathurusingha’s salary in order to effectively shame the coach for failing to deliver consistently outstanding results.

It’s true that Hathurusingha’s early insistence on being selector as well as coach proved unsuccessful, but you wonder if Fernando knows that Sri Lanka had lost nearly three-fourths of their international matches in the year before Hathurusingha arrived (there were 40 losses, 14 wins and two draws in completed games across formats in 2017). As the size of Hathurusingha’s salary is the product of SLC’s desperation to lure him away from Bangladesh, back in late 2017, you wonder whether Fernando understands how contracts work. You also wonder whether he feels Hathurusingha is a soft target, on account of Hathurusingha being a Sri Lankan – no foreign coach has ever had remuneration so publicly picked apart.

And if Hathurusingha is successfully discarded, how many top international coaches would seek out the Sri Lanka job, given its many insecurities?

Fernando’s one saving grace may be his stated desire to see SLC’s utterly pathetic domestic tournament structure transformed. And yet, on that front, he is yet to deliver any tangible results. This year, the only first-class tournament played in Sri Lanka was the club competition, which features 14 teams and has long been derided as bloated and of little use. In 2017, Karunaratne himself had voiced his frustrations with it. Despite several former greats, Mahela Jayawardene and Kumar Sangakkara in particular, repeatedly stressing that Sri Lanka needs a stronger, more condensed domestic structure, the board has continued to prioritise the club competition, season after season, while a series of sports ministers have shown no political will to actually instigate changes that benefit cricket in the long term.

The Sri Lanka team may suddenly be performing, but don’t let the administrators and politicians hijack credit. Don’t let them preach, as they did after the Test series win in South Africa this year, that their archaic domestic tournaments are responsible for such triumphs. If Sri Lanka succeeds, it is in spite of the system. They are winning now, but how much better could they have been with administration that is not incompetent?