Sri Lankan Cricket has been in a rut for the past two years. Series after series, Sri Lanka have found themselves on the losing side. Even the lowly Zimbabwe have managed to trump the once-mighty Islanders. Their recent performance hasn’t been much to talk about as they suffered a two-Test defeat in Australia which follows a 1-0 loss to New Zealand in a two-Test series and defeats in all four limited-overs matches on that tour. 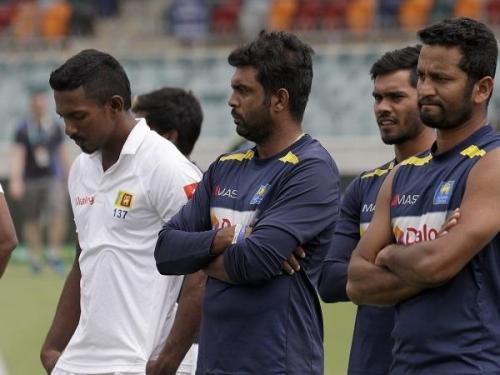 Even things outside of the field haven’t been rosy in the cricketing circles of Sri Lanka. There has been a public spat between all-rounder Thisara Perera and the wife of ODI captain Lasith Malinga while ICC is conducting a corruption investigation into Sri Lankan cricket. Everything looks to be going to downhill for Sri Lanka currently. Former captain Marvan Atapattu also believes things are in disarray in his home country and he doesn’t see any changes being made to readdress it.

“Honestly, I would say there have been bad times. But we always could see a light at the end of the tunnel. But the way things are being handled and what I see now, there’s nothing like that,” Atapattu told Cricbuzz.  “There are more than a few reasons why I say that. It’s coming from outside, it’s within the team, it’s something to do with planning, and it’s something to do with people outside waiting to come into the board.

“Everybody having different ideas and agendas. I think you can have a million ideas but you have to arrive at one common place and give it a go. It’s no good doing something today and saying tomorrow what we did yesterday was wrong and going on.”

Sri Lanka would now have a chance to get things right before the World Cup when they travel to South Africa. The series will involve two Tests, five ODIs and three T20s between the Proteas and the Islanders. Captain Dinesh Chandimal has insisted that performances will improve in their next series but another bad performance in South Africa would definitely set the alarm bells ringing for Sri Lankan Cricket.

One response to “Kota Uda: “Our Cricket in Deep Dungeon” says Marvan”