The Australian Cricketing Dispute: Some Light?

Australia’s cricketers have been blindsided by an extraordinary proposal from Cricket Australia which could see players re-employed next week and save the Ashes and the upcoming tour of Bangladesh.In a major twist to one of the most damaging pay disputes in Australian sport, CA dropped a bombshell on Thursday by calling for talks to be taken to a mutually agreed industrial umpire if an agreement cannot be reached by early next we

Cricket Australia CEO James Sutherland says there will be arbitration next week if there is no resolution, while admitting the Ashes is under threat. The governing body also effectively accused players of using stalling tactics so that the baggy green would become leverage in negotiations, an allegation which vice-captain David Warner dismissed.

The Australian Cricketers Association issued a statement on Thursday night saying arbitration was “adversarial” and would take too long but stopped short of rejecting CA’s plan. They will have further discussions on Friday.

Under the governing body’s plan, male players would be offered short-term contracts under the existing pay model while women would be paid under CA’s proposed model until a new Memorandum of Understanding was signed. This would allow the two-Test tour of Bangladesh to go ahead, save the lucrative one-day series in India and ensure the Ashes was not jeopardised. The cancellation of the Bangladesh and India tours would have massive political ramifications for CA

The development comes with relations between both parties at an all time low. CA chief James Sutherland, whose organisation is under pressure from commercial and broadcast partners, accused the ACA of showing a lack of urgency in their negotiations, which they believe were slowing talks.

The players union, however, believed progress had been made this week. It had sent a draft heads of agreement to CA on Wednesday and a draft tour to Bangladesh

It had believed CA had responded in a conciliatory manner to the draft agreement which would have enabled play to resume. Much now hinges on continued talks between Sutherland and his ACA counterpart Alistair Nicholson though Thursday’s events will do little to build trust between the warring parties.It’s believed Sutherland informed Nicholson of CA’s plan 15 minutes before he fronted the media but hours after the governing body had sent out a media alert about the imminent announcement.

Questions are now being raised among players over CA’s renewed urgency and why it had not come a month earlier when they were about to head into unemployment.j

“In cricketing parlance, we’re prepared to accept the umpire’s decision and move on so that the game of cricket can be played ,” james Sutherland

The ACA first called for mediation in May and had also urged Sutherland to come to the negotiation table, which did not occur until last month. “This Baggy means the world to me. Myself and all the other cricketers female and male want to get out there and play,” Warner wrote on social media accompanied by a picture of him wearing the baggy green.

“We offered $30m of our money to grassroots as a peace plan. It was ignored. We asked for mediation twice before and it was rejected. Now CA says there is a crisis. The players are unemployed and some are hurting financially but continue to train. Administrators all still being paid. How is it our fault no deal is done. #fairshare”

CA have cast doubt over the benefits of the ACA’s grassroots plan, saying cricket would be worse off under it.”The devil is in the detail,” Sutherland said. Sutherland said CA would accept the umpire’s verdict should arbitration occur as the time for a resolution had come. “We believe that now is the time for the game to get on, to get preparations for tours and the season ahead to happen,” Sutherland said.

“We obviously encourage the ACA and the players to take up that challenge. Hopefully arbitration is not required and we can deal with the issues that are on the table and have them resolved over the course of the next few days.”

David Warner took a dim view of the latest developments in Australia’s pay dispute, posting a message on his Instagram account accompanying a picture of him in full Test garb, including baggy green cap. “This Baggy means the world to me,” he wrote. “Myself and all the other cricketers female and male want to get out there and play. We offered 30m of our money to grassroots as a peace plan. It was ignored. We asked for mediation twice before and it was rejected. Now [Cricket Australia] says there is a crisis. The players are unemployed and some are hurting financially but continue to train. Administrators all still being paid. How is it our fault no deal is done. fairshare.”

The dispute is headed towards the “fair-minded solution” of independent arbitration if agreement over terms for a new memorandum of understanding cannot be reached by early next week.

Cricket Australia’s chief executive, James Sutherland, faced the media on Thursday afternoon, just days after the organisation had indicated a deal with the players’ union was “closer than it appears” to being reached, to outline what he sees as the next logical step in the saga which is threatening this summer’s cricket schedule. 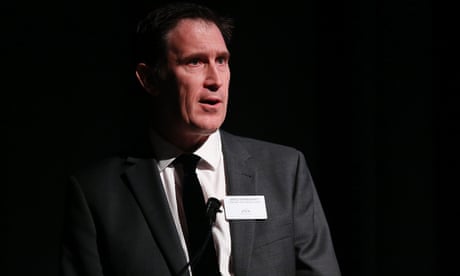 There were still hopes an in-principle agreement could be reached this week that would enable the upcoming tours of Bangladesh and India and the home Ashes series to go ahead, but Sutherland said if that did not materialise, taking the matter to independent arbitrators was the only alternative.

“There are a handful of issues that are unresolved that need to be worked through,” Sutherland said outside CA headquarters in Melbourne. “I do see a way forward. I’m optimistic that both parties getting together over the next few days can resolve the issue but time will tell. What we have put forward here is a good solution, it’s a fair-minded solution.”

CA and the Australian Cricketers Association (ACA) have been at loggerheads over a new revenue-sharing model for months before the current deal expired at the end of July. Repeated talks have yet to provide a solution with both parties unwilling to budge on their stances.

“There is no doubt there is a bit of an impasse here,” Sutherland said. “But I believe that with positive intent and the right people in the room we can get this sorted in the next few days. Failing that, we’re prepared to say that we put the issues to arbitration. We accept the umpire’s decision and the game goes one.”

CA said in a statement that in the absence of a negotiated agreement, arbitration appeared to be the “only option available” that would provide “a certain end point to the dispute and restore certainty to the game”. This now needs to be achieved as expeditiously as possible,” the statement added.