An Unique Event: The Royal College Tour of Australia in 1936

The Royal College First Eleven Cricket Team tour of Australia under the captaincy of Ryle de Soysa in 1936 has a unique place in world cricket History. It was the first cricket team from an Asian country to visit Australia (at whatever the level of cricket). I wrote this article based on research gleaned mainly from the memoirs of Lucien de Zoysa entitled ‘ My First Love’. It was written over 22 years ago (in 1993) and published in the Sunday Observer (May 2, 1993) on the day which had as its main item of news the assassination of President R. Premadasa (on May 01, 1993, while walking in a May Day procession). The Editor of the ‘Sunday Observer’ then was the well-known Journalist H.L.D. Mahindapala. 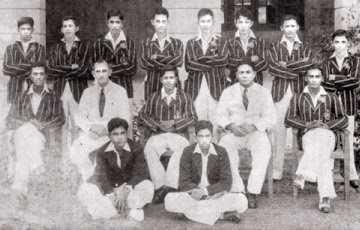 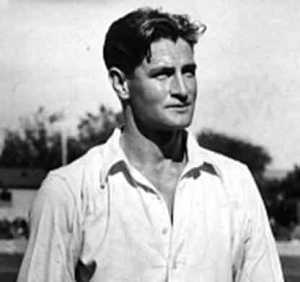 I have attached eight pages. The first six pages comprise my article. The other two pages are newspaper cuttings from the Star (April 06, 1936 ) an Australian newspaper reporting the arrival of the Ceylonese Schoolboy cricketers in Melbourne by ship. The other paper cutting is from the Ceylon Daily News dated April 11, 1945 reporting an interview with Major L.V. Gooneratne, teacher at Royal College and Manager of the Cricket Team that toured Australia.

An interesting quote in this interview is the remark made by W.M. Woodful to Major L.V. Gooneratne in an answer (to a question) that ‘your McCarthy is as good or even better than (Keith) Miller’.

I trust that the time I have spent on research and writing this article will be of some value. It certainly had an effect in correcting the records kept by the Australian Cricket Board in Melbourne. I spoke to the Archivist at the MCG who until my article came to light was of the view that the first ever cricket team to visit Australia from Ceylon (as it was then called) was the National Schoolboys Cricket team which toured Australia in 1961.

He realised his mistake when I brought this article to his attention describing the Royal College Cricket XI Tour of Australia in 1936, and he thanked me for it and said he will correct his entries. 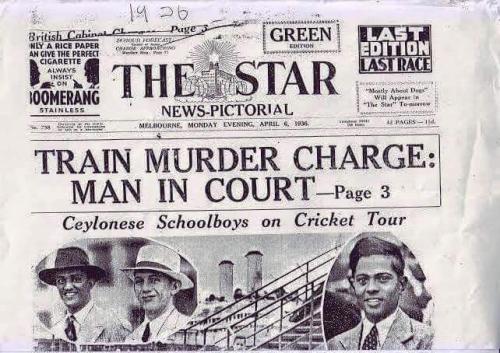 With the visit of the Sri Lankan cricket team to Australia for the one-day series, we present two pieces from the pen of Senaka Weeraratna, LL.B., LL.M., a former Victorian Solicitor now based in Darwin. Senaka is a key literary proponent of the Third Umpire, and here presents a view of Australian-Sri Lanka cricket which contrasts refreshingly from the picture currently presented by some sections of the media.

The love and passion for cricket among Australians and Sri Lankans is emerging as one of the strongest links between their two countries and this bond through cricket is growing stronger as the years pass by. Sri Lanka which obtained admission to the rank of Test playing nations with full mebership of the International Cricket Conference (ICC) in 1982, is now a leading cricket playing nation and has strong claims to being the premier in respect of attractiveness in batting. Its rise to champion status in the one-day game in the 1990s is one of the miracles in the history of cricket.

Sri Lanka’s victory over Australia in the World Cup final played in Lahore in 1996 was the finale of a drama that commenced on Australian soil a few months earlier.

The last visit of the Sri Lankan cricket team to Australia in 1995-96 produced some of the most bitterly contested matches in the World Series Cricket tournament since its inception, and drew capacity crowds. It generated both excitement and controversy on a scale never seen in recent times in Australia.

An added dimension in crowd behaviour, largely unseen in other international cricket matches, was the colourful cheering demonstrated by enthusiastic flag-waving Sri Lankan expatriates who unfailingly attended these matches en masse. It was during this tour that Sri Lanka adopted a revolutionary approach to batting in the one-day game. The prevailing wisdom until then was that the batting side should play the first 15 overs cautiously and take risks in the last 15 overs. The Sri Lankan openers Sanath Jayasuriya and Romesh Kaluwitharana instead tore into the bowling attack from the very first ball to the great amazement of conventional pundits. The attacking quality of cricket unleashed by Sri Lanka has now been adopted by several senior cricketing nations.

Cricket has been played in Sri Lanka for over 160 years. In 1884, the first Australian Cricket Team played in Sri Lanka. In the era of gracious ocean liners, Australian and English cricketers travelling to each other’s country, often broke journey in Colombo to play against Ceylon teams. Legendary cricketers such as Dr. W.G. Grace, Hobbs, Hammond, Larwood and Hutton from England and Bradman, Hassett, Miller and Harvey from Australia have graced the playing fields of Sri Lanka.

Some other cricketing connections between the two countries are as follows:

Today, cricket is played all over the island from under 12 years games to big “Festival” matches in schools and clubs. The strength of Sri Lankan cricket lies in the importance attached to it in the schools.

The big match between Royal College and S. Thomas’ College (the two leading schools) is a social event and usually attracts a crowd bigger than an international cricket match. The Royal-Thomian cricket series is universally acknowledged as the second oldest unbroken annual contest in the history of cricket. Only the match between Price Alfred College and St. Peter’s College in South Australia, which commenced in 1878, outlasts the Royal-Thomian (by two years).

With the recent success in the World Cup, the craze for cricket has swept through the country. School children can be seen playing cricket in paddy fields, in children’s homes, shanty towns, street corners and even on public roads, sometimes with makeshift equipment eg., ‘Pol Pithy’ bats (made out of the stem of a branch of the coconut tree) and rubber balls, but nevertheless with great enthusiasm. A national cricket academy has been established to foster the game. In Sri Lanka, cricket is still played as a gentleman’s game, maintaining the legacy of high traditions, spirit, decorum and dignity that the English have left behind. Sledging is unheard of in the playing fields of Sri Lanka.

The Sri Lankan team is in Australia this summer. Sanath Jayasuriya who was the leading run scorer in Tests in 1997 (1271 Test runs at an average of 66.89) and the most effective batsman in the one-day game with a strike rate of 113.60 is the main draw card of this team.